Squonk's 'Hand to Hand' will be showcased during the Association of Science and Technology Center's Conference on September 14th!

Since their first big show in a Pittsburgh junkyard, Squonk Co-Artistic Directors Jackie Dempsey and Steve O’Hearn have led a group of musicians, artists, designers and other creatives to produce shows with big visual and musical impact. Squonk’s productions have taken them to Off-Broadway, Broadway, America’s Got Talent, Europe, Asia and all over the United States. They have released 10 albums, a blend of styles propelled by driving rhythms and hypnotic riffs. 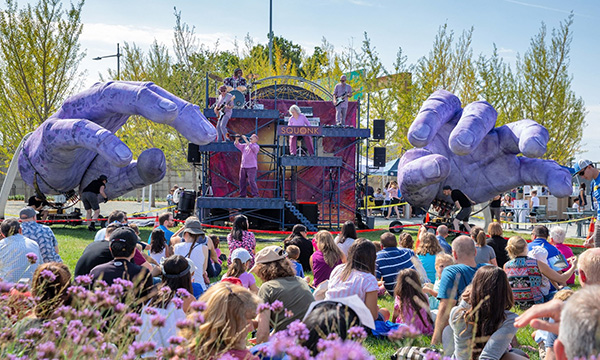