There are many jobs in the military that do not involve fighting on the front lines. Some roles focus more on providing care and comfort to soldiers. This panel discussion will highlight two “caretakers” that served during the Vietnam War. Clem Blazewick served as a Medical Laboratory Technician at the 93rd Evacuation Hospital in Long Binh, Vietnam from January 4, 1966 to December 18, 1966. Paul C. Lawson served as a Chaplain with the 3rd Marine Division in Quang Tri, Republic of Vietnam, and in Okinawa in 1969 and 1970. Also featured will be Soldiers & Sailors Curator, Michael Kraus discussing artifacts related to this theme. April marks the 46th anniversary of the end of the Vietnam War so please join us as we honor the “Caretakers” during the war.

Born on the South Side of Pittsburgh, Clem graduated from St. Casimir High School in 1962. He was drafted into the U.S. Army in 1965 where he was trained to be a Medical Laboratory Technician and served at the 93rd Evacuation Hospital in Long Binh Vietnam during l966. After a 30 day leave he was stationed at US Army Camp Zama in Japan until May 13, 1966 when he was honorably discharged from the regular Army and served four more years on reserve duty. Clem has been married to his wife Patricia for 54 years and they have two daughters and six grandchildren.

Paul C.  Lawson joined the Navy in 1967 and served during 1969 and 1970 as a Lieutenant with the 3rd Marine Division in Quang Tri, Republic of Vietnam, and in Okinawa, Japan, after the division was pulled out of Vietnam (Marines have always used Navy chaplains and medics). After being detached from 3rd Marine Division, Paul transferred from active duty to the reserves until his retirement as a Captain, equivalent to an Army/Air Force/Marine Corps Colonel, in 1994.

A well-known Civil War historian, Kraus currently works as Curator/Historian for Soldiers & Sailors Memorial Hall & Museum. His accomplishments include several historical consultant credits for major films, writing and narrating the documentary series Civil War Minutes and Civil War Life as well as authoring articles and books regarding the conflict. Michael also is an accomplished sculptor with an impressive resume of historically themed works in bronze. 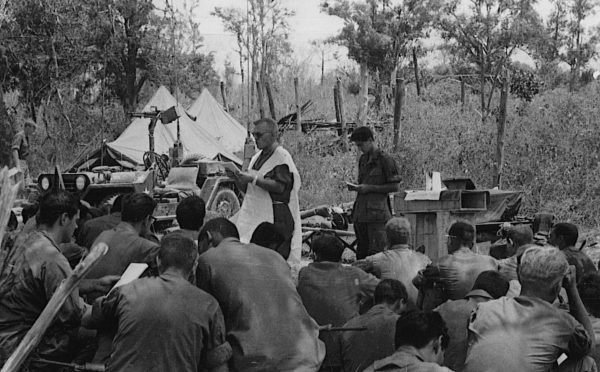