Please join us as we honor female nurses in the military as a part of Women’s History Month. Beginning with the Civil War, female nurses have played a significant role in the United States Military. This panel discussion will highlight Donna Gardner, who spent 22 years in the Navy.

A native of Freeport, Pennsylvania, Donna Klaput Gardner graduated from the University of Pittsburgh in 1977 with a Bachelor of Science in Nursing.  In January 1978, she received her commission in the U.S. Navy Nurse Corps and began her military career at Naval Regional Medical Center, Portsmouth, Virginia.  Donna spent the next twenty-two years in assignments through the United States and Japan ranging from staff nurse, to nurse recruiter, to staff development officer, to the director of branch medical clinics.  Along the way, she was selected for the Navy graduate education program and attended East Carolina University where she received her Master of Science in Nursing as an Adult Health Clinical Nurse Specialist.  She retired from the Naval Medical Clinic in Charleston, South Carolina in 2000, where she then became a health educator to military beneficiaries.  In 2003, she returned to Pennsylvania and accepted a faculty position at St Margaret School of Nursing, where she taught in the RN and LPN programs for 10 years.  She retired in 2013 and lives in Freeport with her husband, Steven.

Jake is a 2015 graduate of Hood College in Frederick, MD where he received his bachelor’s degree in history and communications arts. Wynn has previously worked with the Heart of the Civil War Heritage Area, the Tourism Council of Frederick County, and Fredericksburg and Spotsylvania National Military Park. He is currently stationed at the Clara Barton Missing Soldiers Office Museum in Washington, DC. He writes independently on the history and culture of Pennsylvania’s Anthracite Coal Region at his blog, Wynning History, and is a founding contributor to the Pennsylvania in the Civil War blog. 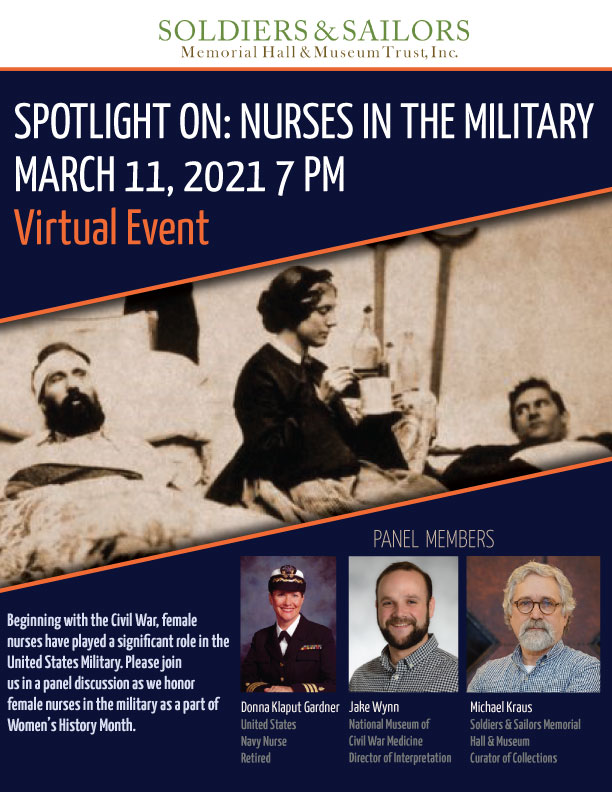