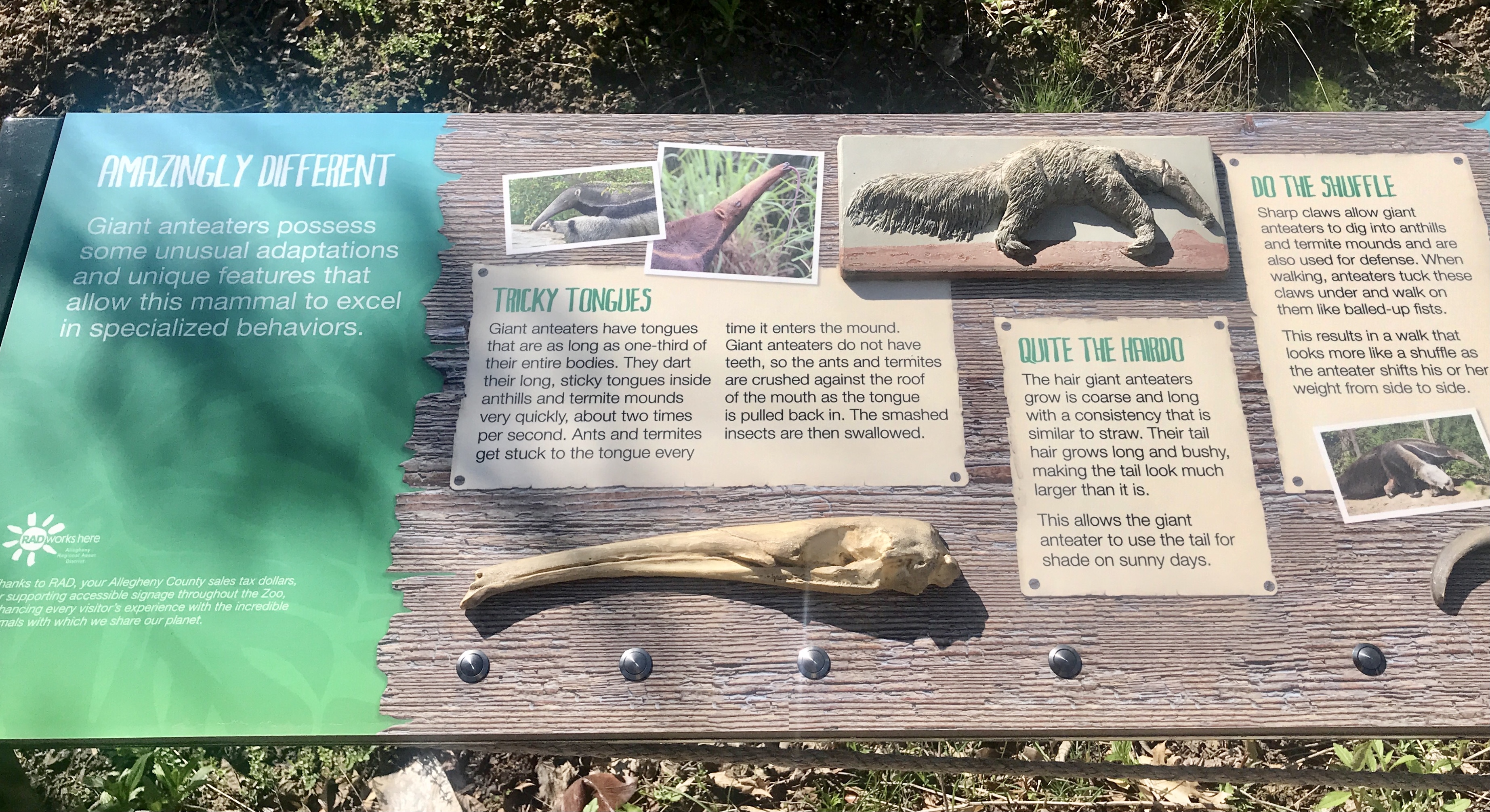 In 2014, RAD granted the Pittsburgh Zoo & Aquarium $25,000 for way finding signage and Braille/tactile signs in a new exhibit area, which opened in June 2015. The accessible signage includes interactive components, such as a life-size model of a crocodile skull or a relief of a clouded leopard’s paw. The Zoo has continued to prioritize accessibility and has received additional support and developed partnerships with organizations such as UPMC Health Plan for its Tram and KultureCity for sensory-friendly resources. In 2016, RAD granted the Zoo $25,000 for the purchase of interactive components and tactile signs for the new exhibit, Jungle Odyssey, which opened in May 2017. Together, these grants from RAD have assisted the Zoo’s larger accessibility goals.